DOANE v SLIPPER & ANOR: OF COURSE IT WAS NEVER GOING TO BE JUST A MENTION. 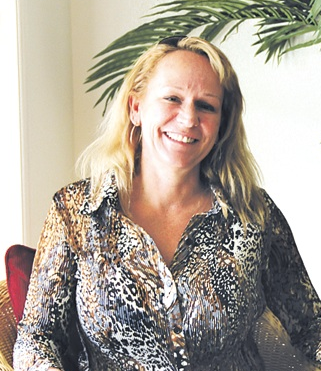 Any matter involving Peter Slipper would appear to be always complicated, never easy. The simple matter of a mention before the Federal Circuit Court today proved to be no different. Instead of just setting dates for hearings to commence the court ended up with a new version of a legal soap opera.

Before Judge Manousaridis legal representatives involved in Doane v Slipper & Anor., were pushed to the end of the queue. It appeared everybody knew that this was going to be the first round of the next chapter in the on-going legal serial.

And so it proved.

Mr S Berry was the first to throw a curveball in the proceedings. He is representing Peter Slipper in this matter, but at this stage only conditionally. The nature of the condition was never spelt out, but he assured the court it would be sorted out in the next few days.

Miss Marks from Harmer’s solicitors and representing Karen Doane was quick to complain about the difficulties her firm had faced in being able to serve Mr Slipper with the Statement of Claim. Mr Berry replied by requesting an adjournment of four weeks.

Mr Berry explained to the court that he wasn’t prepared to be served with the Statement of Claim until all the conditional aspects of his representation of Mr Slipper were finalized, and, further to that, when he had received final instructions from his client.

Miss Wright, representing the Commonwealth of Australia, seemed resigned to play the supernumerary role in the next chapter of this legal “Days of our Lives”.

To further complicate the issue there was a concern expressed by Miss Marks about the involvement of an insurer who was opposing any Government liability in this matter.

Once an insurer is involved in these matters court cases can take forever as there’s another player in the game who doesn’t want to part with a cent.

Judge Manousaridis cut through the growing gordian knot by referring back to the existing Statement of Claim filed by Miss Doane.

His Honour said that the Statement of Claim was too general and needed to be specific in details about the breaches of the relevant sections of the Acts.

The current Statement of Claim just quotes the relevant sections of the Acts, which Miss Doane argues have been breached.

These breaches include the following:

What is omitted from Doane’s Statement of Claim is how these sections of the various Acts have been breached.

Miss Marks attempted to justify the existing Statement of Claims by stating they were “concerned about the increasing cost of the case”, and had been hoping to use the breaches outlined in the Human Rights Commission hearings where orders were sought by Doane for alleged breaches by Slipper of s.46PO(4)(a) and (d) of the Australian Human Rights Commission Act 1986 (Cth), and s,15(2) of the Disability Discrimination Act 1992 (Cth).

He ordered Doane to file a detailed and specific Statement of Claim, and gave her four weeks to comply.

He then ordered Mr Berry to reply to this Statement of Claim in five weeks, giving Mr Berry more than sufficient time to not only sort out his instructions from his client, but also submit a defence to the more appropriately constructed Statement of Claim.

I am a frustrated cook who is also a lover of all sport, politics, film, TV, theatre and a standard poodle with attitude called Toss.
View all posts by boeufblogginon »
← TWO WEEKS OF ‘WTF’ MOMENTS
I never knew his name. →